Brittany (Bretagne to my heart), is a beautiful, with a rich and long history, region of the North-West corner of France. I know it's coast from many sailing cruises (to the Channel Islands, Ireland, Scilly Iles, Golfe du Morbihan, the West coast, ...). This trip is dedicated to the visit of Bretagne from land.

Left home at 8 :30. Got misdirected when GPS lost his signal and sent us looking at cows in the French Jura.

Arrived in Orleans after 5 PM. Took a small touristic tram and then visited the cathedral Sainte Croix d’Orléans (very interesting, with a guide from some Christian voluntary group).

Laval is in Mayenne, which is very close to Brittany, not only geographically but also from its various interests. We found a confortable and good priced hotel in this city (no air conditioning as usually it is (was?) not required in Brittany. The room was warm but we could cool it down as the night was fresh. Picnic in a park near a lake, then excellent dessert in Le Carré Rouge. 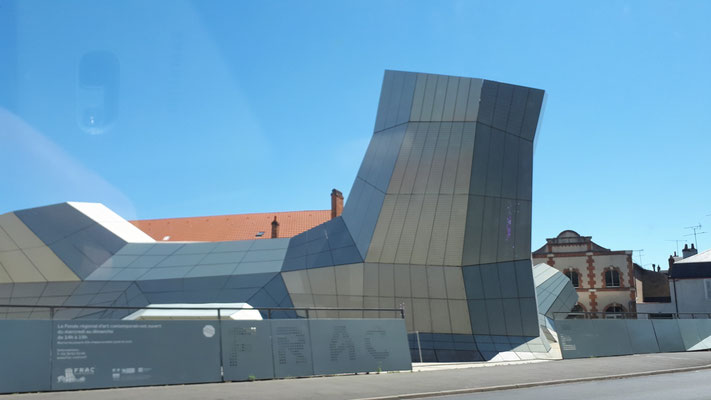 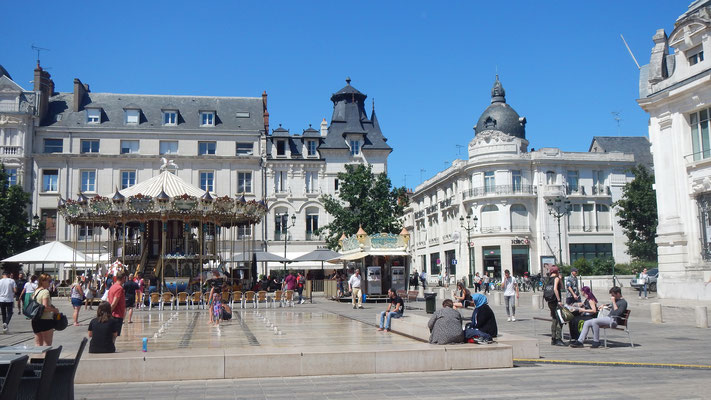 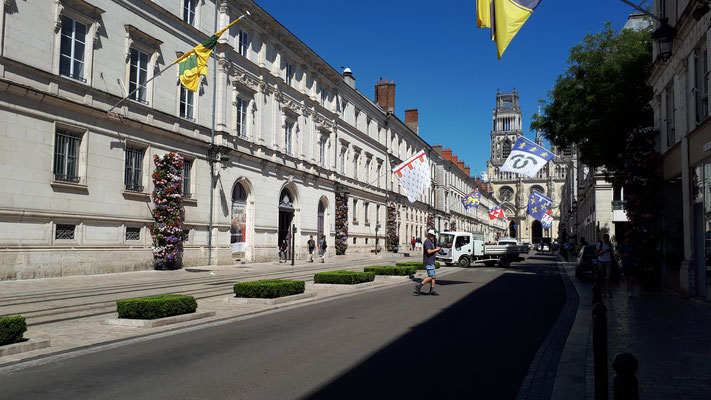 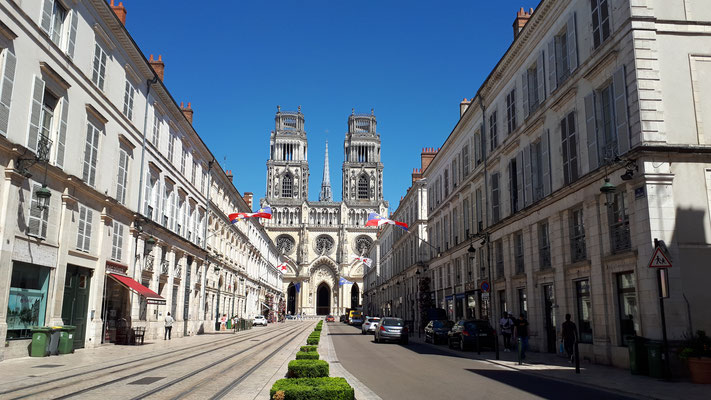 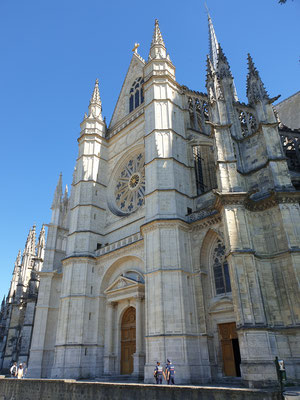 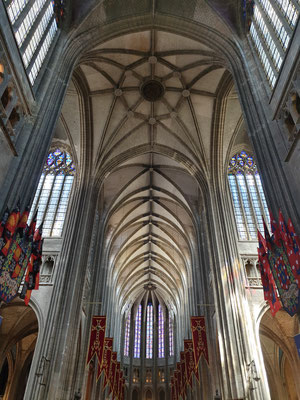 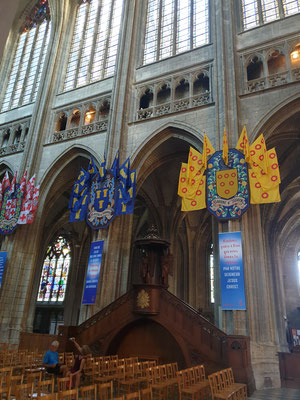 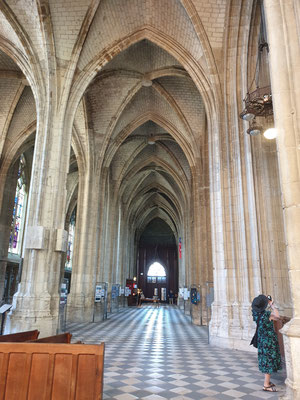 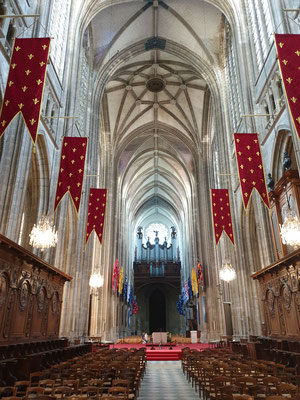 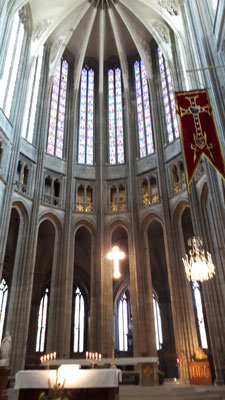 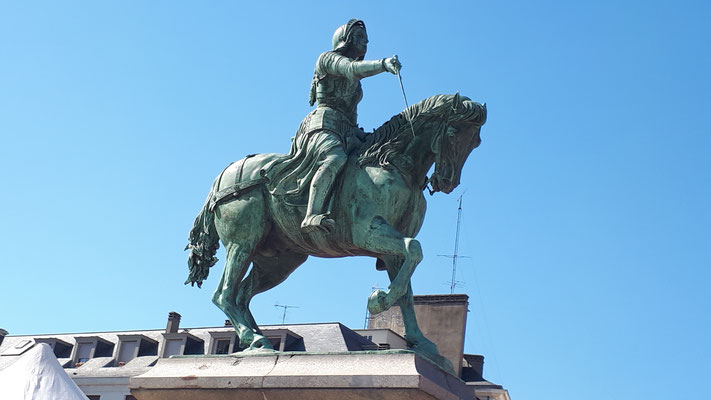 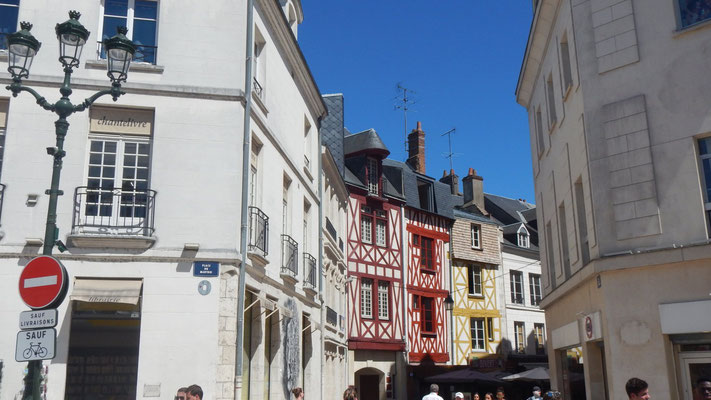 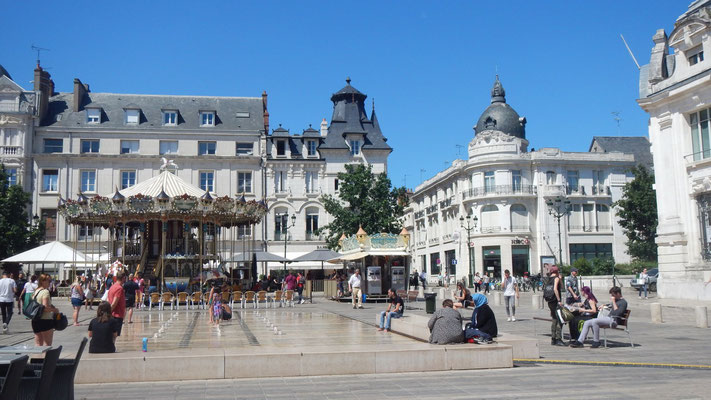 Orléans is a very old city, and flourished under Louis XI. The cathedral Sainte-Croix (built from 1278 to 1329 and 1601–1829). The North entry is also magnificent. Jeanne d'Arc, with her incredible destiny; an old building and the square Martoi.

We drove by Fougères, which according to the billboards should be very interesting to visit, but aimed to one of the Jewels of France (and the world, we shouldn't be shy of words):Nice middle Age fortification and houses and a majestic Abbey. There are parking lots and shuttle bus, organized à la française, but we got there ok. The architecture is unbelievable, at least 3 stories, built during its long history.

From there we drove north to Cancale and to Point du Grouin, beautiful view on the Channel and a few rocky islands.

Next we drove to Saint-Malo to a nice hotel (looks like a motel) in the suburbs south of the old town. We took a bus downtown and walked around the ramparts and the Intra Muros, where we found a small, good restaurant. Going back to the hotel required patience and some luck (no more buses, no taxi available). There was eventually a taxi that drove by and we could convince to drive us back.

The next day, we drove to Dinard, with our bikes on the back of the car. On the way we admired the “Usine marée-motrice” de la Rance”, a project that became controversial (affecting the ecology of the river) - It seems now that they got a fix. It still remains an impressive feat.

After a visit to the Office du tourisme de Dinard, the one place where we could find info about biking routes, we found the start of the bike trail on the path of a former train track, heading South). Very nice and in the shade, much appreciated by the 30oC weather. In Le Gallery, (next to Pleslin) , we took a left and biked towards the Rance. We had a beautiful view over two bridges and the large estuary. We biked back through the same route (39 km, 3.5 hours).

Back to the car, we drove to la Richardais (where my adventures with Anivunga started, lots of fond memories) and then on back to Saint-Malo to view the Tour Solidor, where we visited the museum des “Cap-Horniers”. Then back to the hotel.