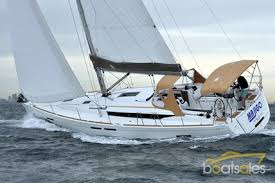 Sun Odyssey 439 - Almost Free - under sail and layout of the boat.

Note: I did not include good pictures of the crew, for privacy reason. Picts of the boat and technical information about my navigational aids will be on a separate page.

1. Taking possession of our Sun Odyssey 439, very comfortable. 2. Track of first day, a screen shot of Scannav (navigational software). 3. First swimm. 4. Beautiful, calm, bay. 5. Edited screen shot of ScanNav. We tried to anchor where the red broken arrow points to (the anchor did not hold) then moved to the north (black boat). 5. Google Earth view 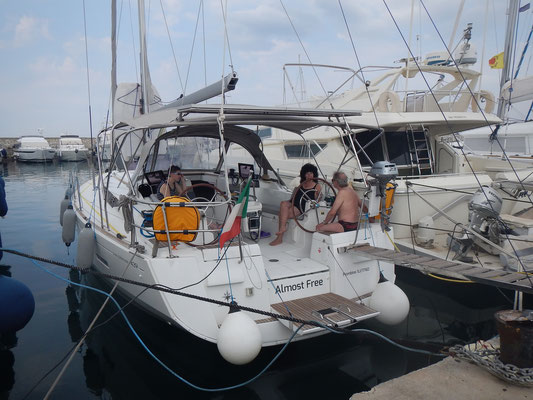 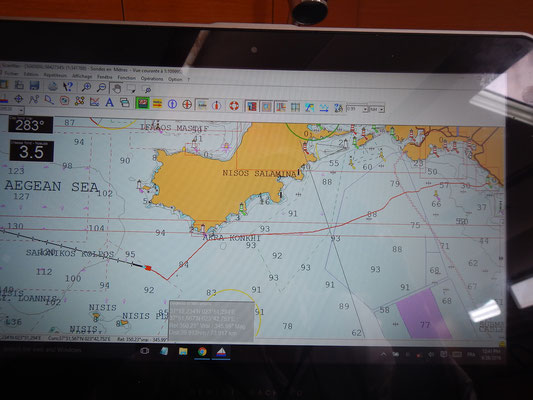 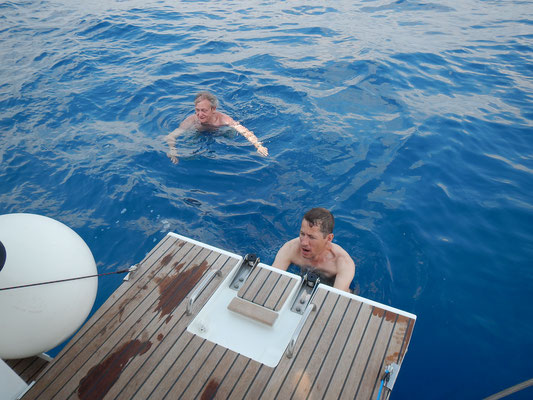 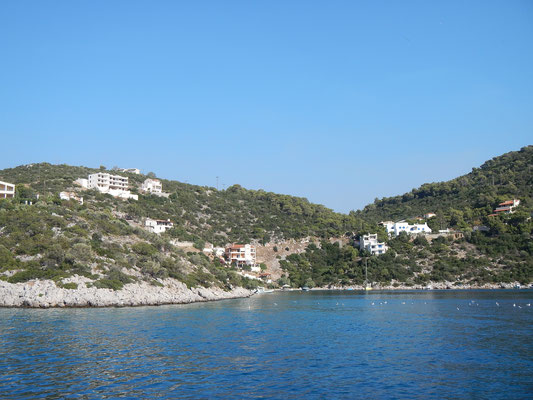 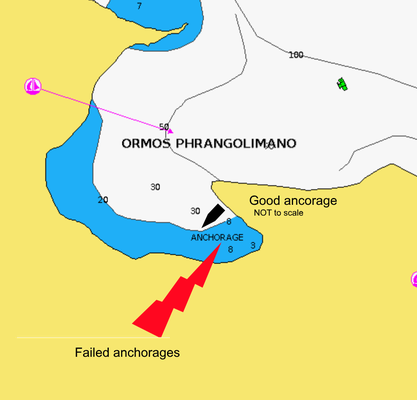 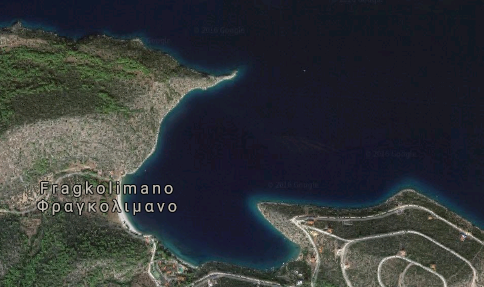 Motoring and then sailing in the NW seabreeze (up to 20 knots). Kiaton had no amenities (water or electricity), despite the size of the breakwater. We docked at the outer, NW, breakwater. Walked 30 minutes (in the heat) to a good restaurant.

2. Bridge across the canal entrance

3. We have to follow that sailboat. By the way, where did the bridge go ?

4. Highest point in the canal - impressive

5. In the Gulf of Corinth : Point Melangavi. It is very imposing and we became aware of the ruins documented in the link only after creating this document back home - check out the link. 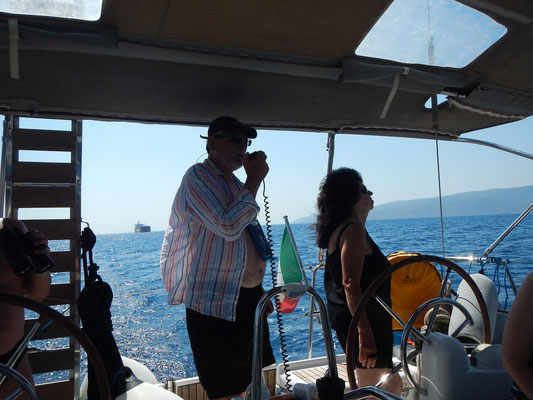 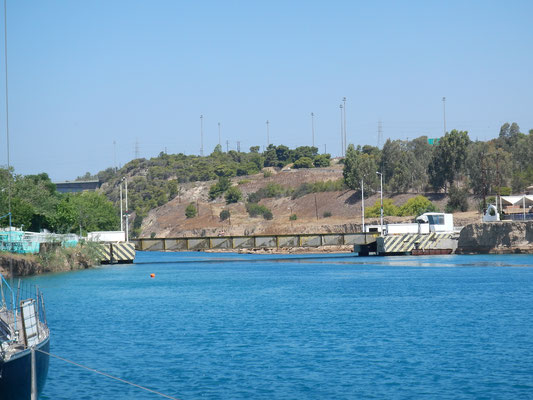 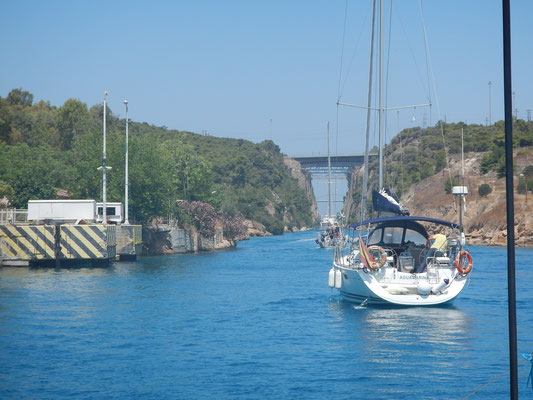 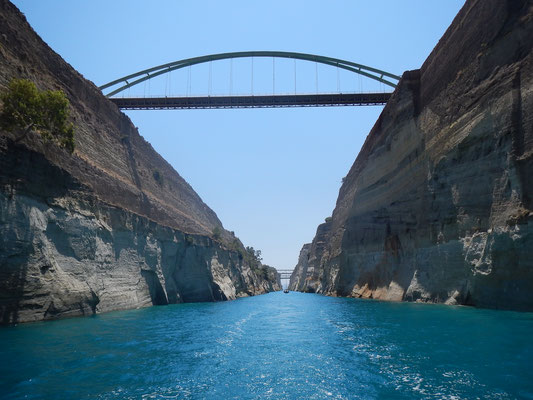 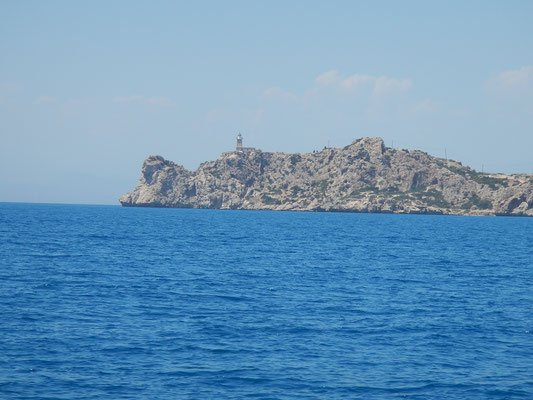 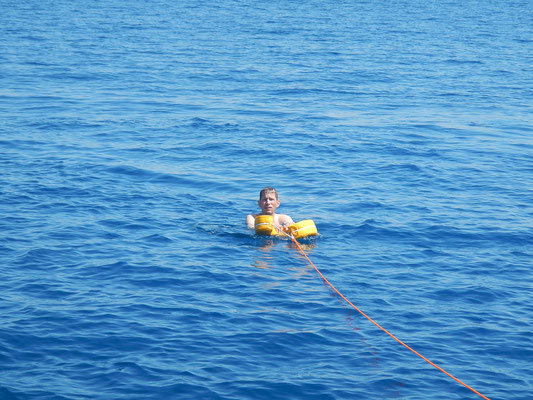 Day 3 and 4: Kiaton to Galaxidi (with one night in Paralias Saranti, where we had a storm at anchor. There was a gale to 44 knots which pushed the boat sideways and pulling hard on the anchor. The anchor offered some resistance and in the end it did slide (most likely over algae) and soon the bottom was too deep. We circled around in the bay until the storm moved east and the wind calmed down and re-anchored with no further problems - no picts of the action).

1. Arrival in the bay of Galaxidi, two nice islands and this decorated navigational marker. 2.The church of Galaxidi. 3. The best berth in the harbor is for us. 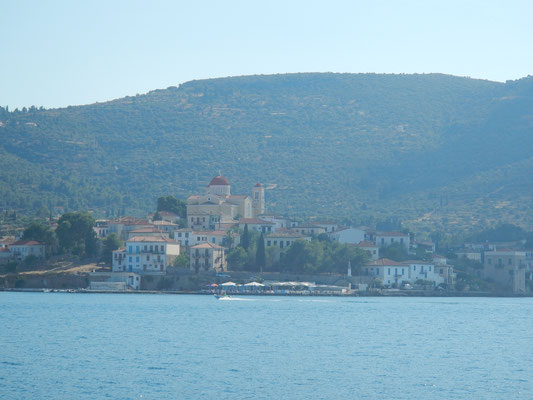 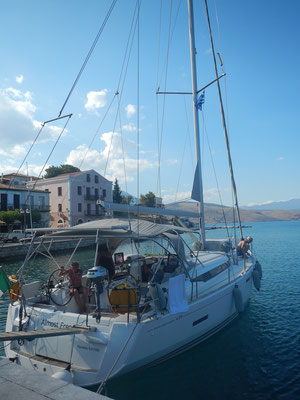 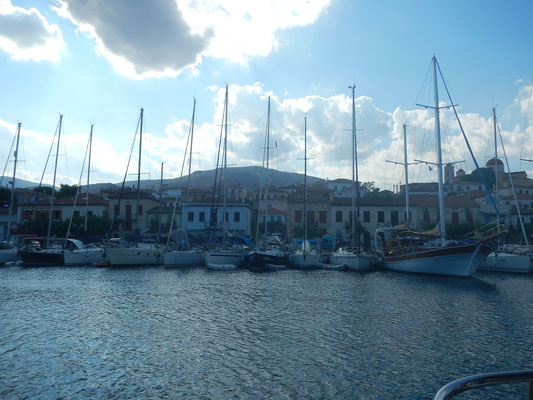 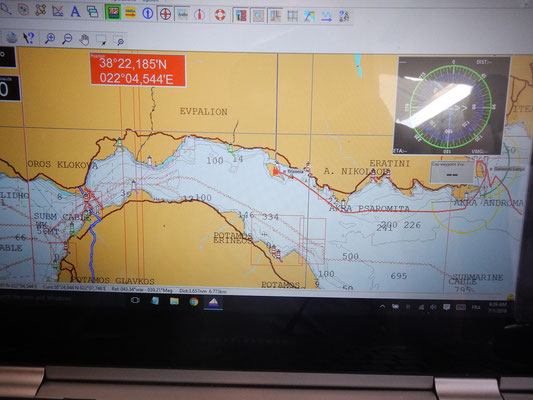 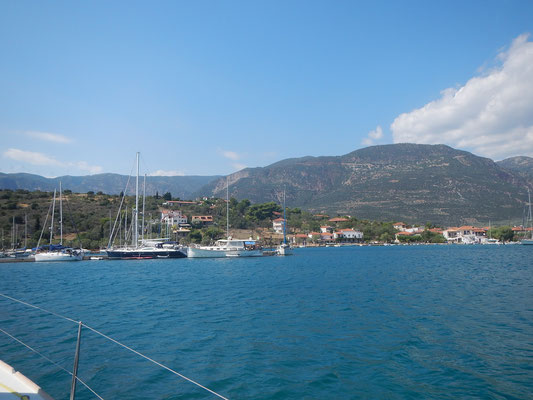 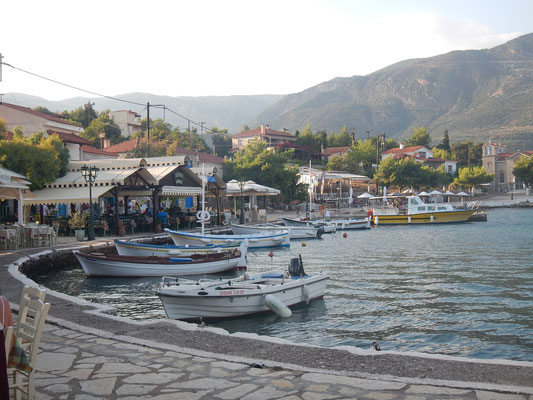 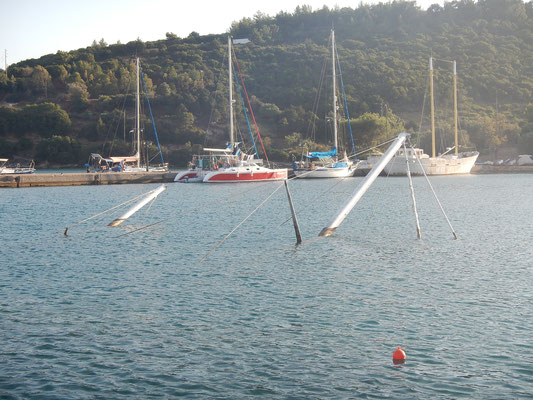 Day 6: Trizonia to Patras. Beating against the wind (20 knots) with furled jib. The new bridge in sight (note that the ferries still operate). Main street in Patras.  End of first leg. 170 nautical miles.

Details about the Patras Bridge. It is truly amazing. A must read. 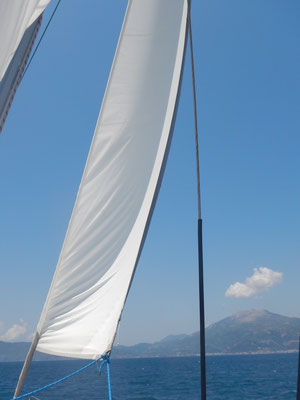 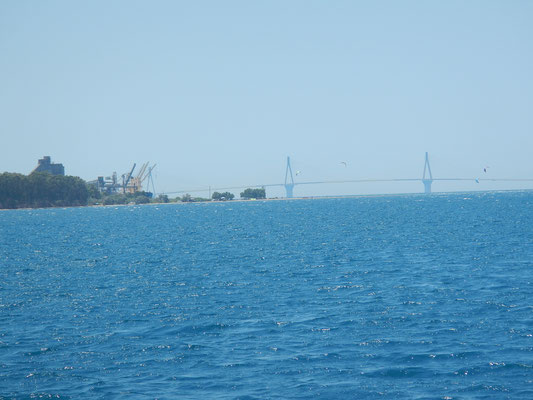 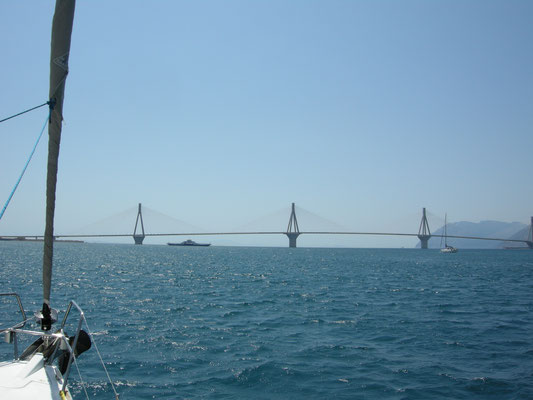 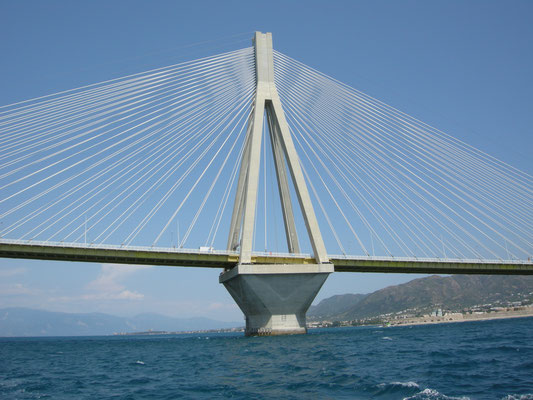 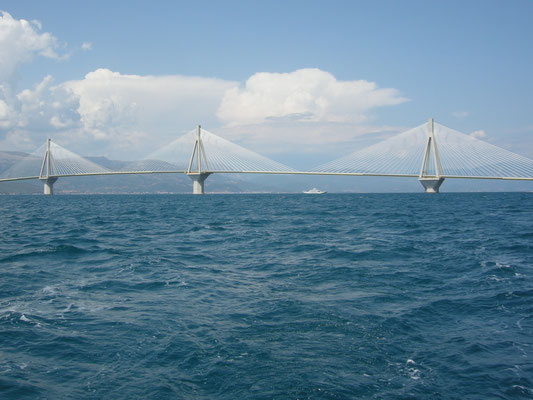 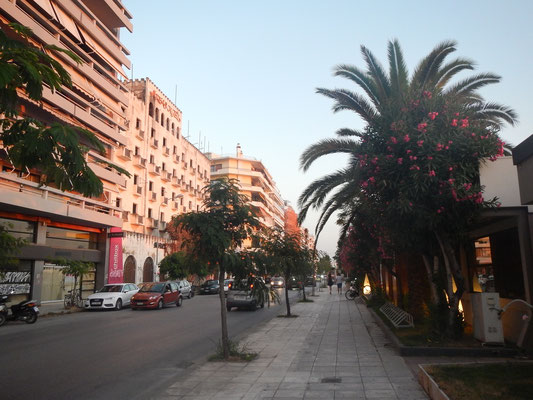