This exhibit shows the evolution of Homo sapiens artefacts and places them on the timeline.
The museum starts with the Mousterian (Moustérien)  period. It lasted from 200'000 to 20'000). The choice of dates depends on the definition and the geography. It defines the latter part of the Middle Paleolithic. It is associated with the Neanderthal and Homo sapiens. The emergence of H.  sapiens is a topic on it own. 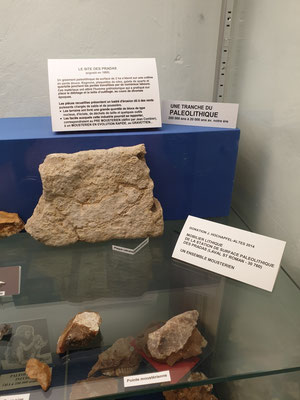 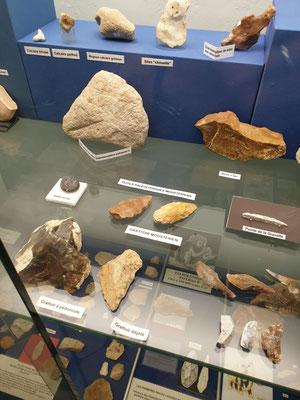 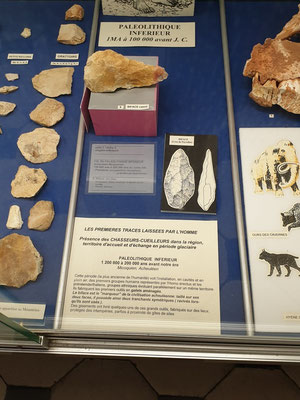 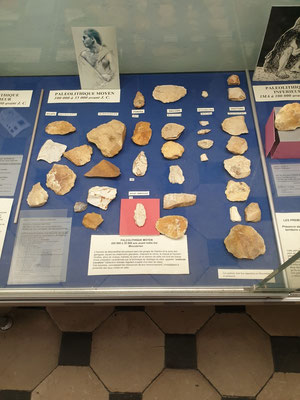 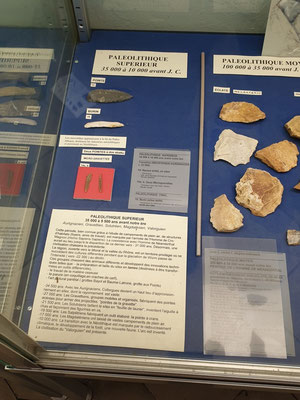 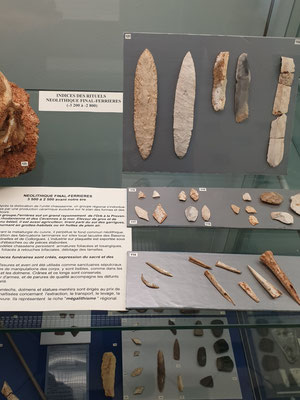 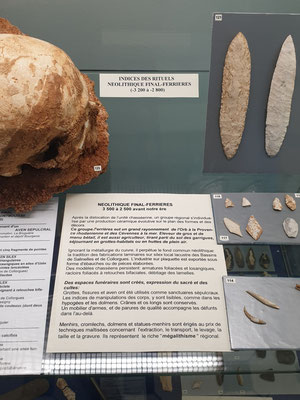 The Lower Paleolithic is illustrated on the first picture  (1 Mo to 100'000 years indicated here).

Upper Paleolithic  with delicate arrow heads (on the red background) is shown next.

Late Neolithic rounds up the series and places the finds  on display within the local context.